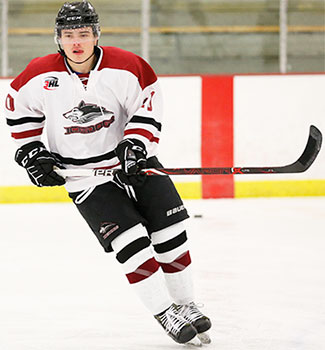 The Bozeman Icedogs of the NA3HL are pleased to announce that forward Dominic Canic has been selected to represent Croatia at the IIHF U20 World Championship Division II, Group B tournament.
The event will take place in Zagreb, Croatia from January 15-21, 2019.
Canic, 19, has been named an assistant captain for Croatia as they begin play. Last season Canic wore the ‘A’ for the U18 Croatia team and now is on the U20 roster for the third time in his career.
The 5’11/180 lbs. native of Zagreb, Croatia, is current 2nd on the team in scoring with 63 points (14 goals, 49 assists) in just 29 games played so far this season. His 63 points is good for being in the Top 20 in NA3HL scoring.
“Dominic is a dymanic player and has been a leader for us since Day 1. This is a great opportunity to shine on the International stage and we wish him the best of luck,” said Bozeman head coach Elliot Bates.
Canic was named the Frontier Division Star of the Week back on November 28, 2018.
Prior to playing for Bozeman in the NA3HL this season, Canic played two seasons in Canada for the Pacific Coast Academy Prep in the CSSHL.